The basal ganglia is a collection of interconnected subcortical nuclei (neuronal cell bodies) lying deep below the cortex. It is composed of the caudate nucleus, the putamen, the nucleus accumbens (or ventral striatum) and the globus pallidus. 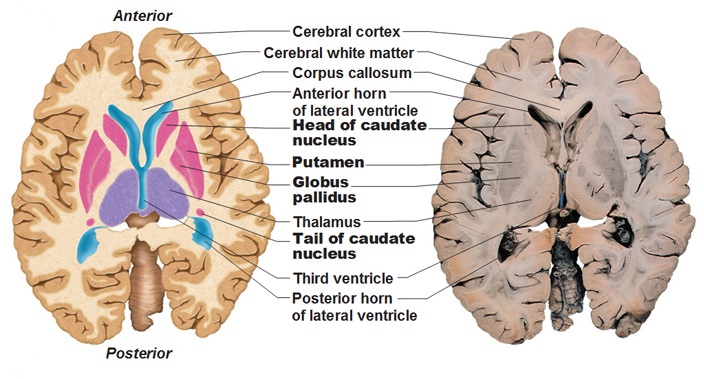 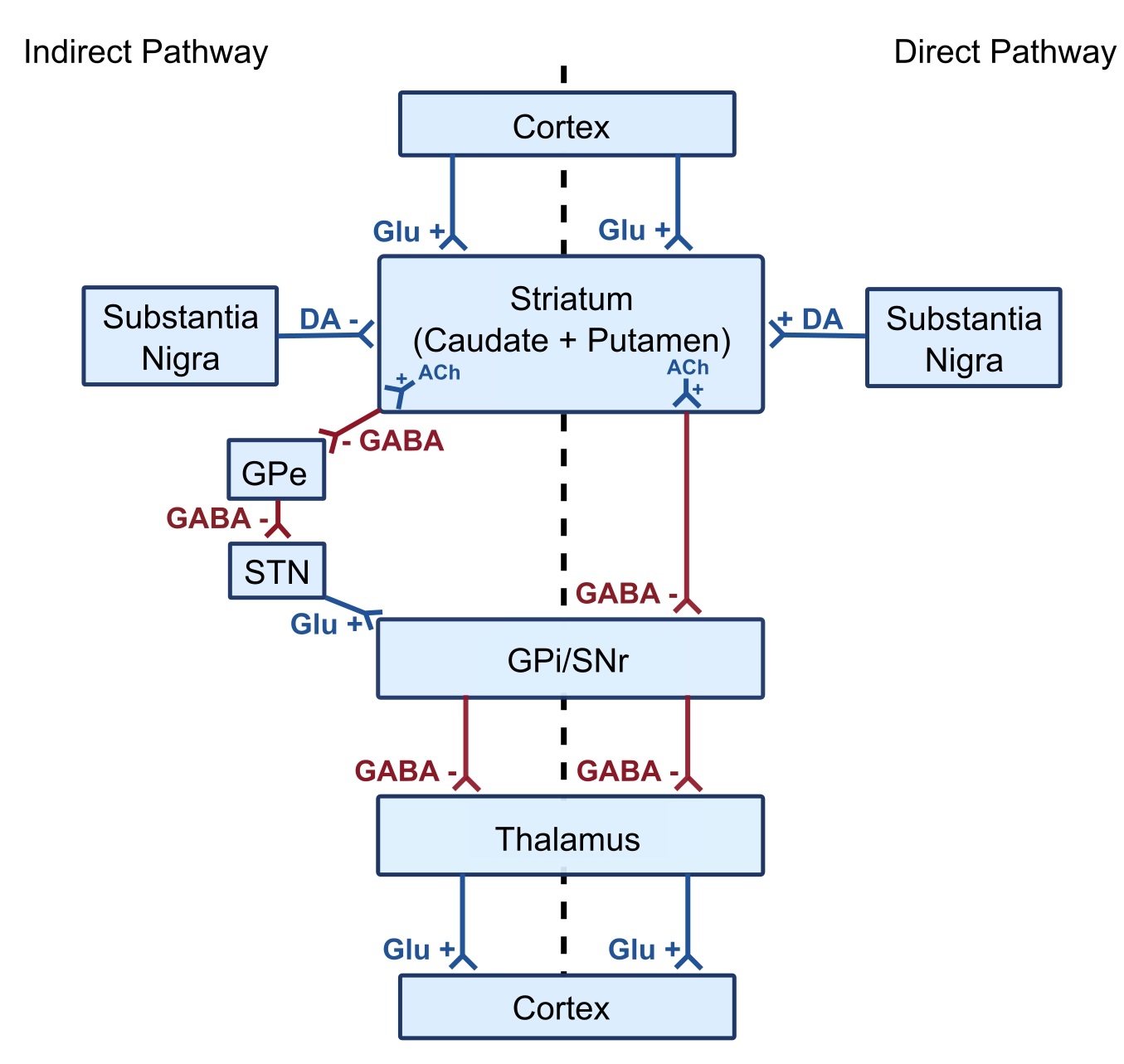 Nuclei of the Basal Ganglia