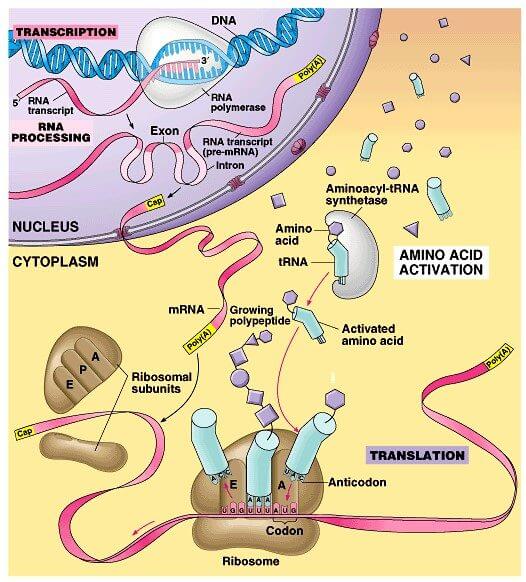 Transfer RNA is shaped like a clover leaf with three hairpin loops. It contains an amino acid attachment site on one end and a special section in the middle loop called the anticodon site.